Reading: Lots! All of my library holds came in at the same time, so I’ve got 4 titles in the stack at moment, though I haven’t started any yet since I just picked them up last night. I will likely read The Rosie Effect this weekend ( I finished The Rosie Project last weekend). Both are technically romance, but I wouldn’t categorize them in that way as I think they’re more comedic and heartwarming. Other titles going right now: Just Sit ( review to come!), War Bride’s Scrapbook, The Alice Network, and Hammer Head. Last weekend I read one of Debbie Macomber’s Christmas books to get into the season– The Christmas Letter.

Watching: Lots of movies, Christmas and otherwise. We watched Scrooged the other night and last night watched the Kingsmen sequel, The Golden Circle. It was just OK. I also watched  a bunch of episodes of the newest season of The Crown last week, and likely will finish the series in the next week or so.

Loving: Having four-day work weeks. I took last Friday off to do some errands ( and watch The Crown), and am off tomorrow for the same. Q and I both took off Friday the 22nd and are planning to go see the newest Star Wars. The next two weeks after are short with the holiday. I’ll then have one week of 5 days before another short week with the MLK holiday.

Thinking: A lot about my Dad as the four year anniversary of his death is Saturday.

Anticipating: The Nutcracker! After years of wanting to go and never getting organized enough to get tickets, I’m going Saturday night to Festival Ballet’s Nutcracker at PPAC in Providence with my Mom and my coworker Liz. I haven’t seen the ballet since I was a little kid ( I went with my Brownie Girl Scout troop to the Boston Ballet’s version) and the Nutcracker music is required holiday listening for me. 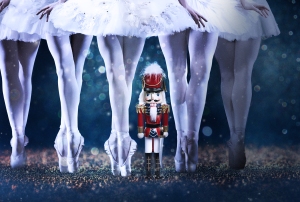 One thought on “Currently: December”