It’s been quite the whirlwind of the last decade- I think more has happened in the last 10 years of life than any other decade before? 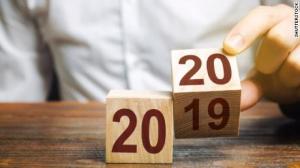 In 2013 I turned 30, met Q, went to Holland with my mom, and unexpectedly lost my father- most certainly one of the most defining years of my life and often the marker in time in which I often refer to when trying to figure out what year things happened in.

2014 was a tumultuous year of figuring out grief, meeting Q’s son, and getting promoted at work, while 2015 brought new joys with brother getting married, but also the low of my mother selling our childhood home. I also went to Hawaii for work and we lost Q’s grandfather ( I was in Hawaii when it happened).

In 2016, there was a lot of job turmoil for me and a lot of job interviews in places near and far, but nothing worked out for us. We traveled to California to see family. 2017 was much the same unrest at work for me with a few glimmers of almost moving on to something new that never panned out so lots of hopes and excitement dashed. It was also tough second half of 2017 as we lost Q’s brother-in-law to suicide.

We were determined to make 2018 our year- we traveled to Utah and work conditions improved for me which made a big difference. We started house projects with our eye on moving within the year or so when we found out in September 2018 that we were going to have a baby!

2019 has been a roller coaster year– Q lost his biological father in January, and while we were overjoyed at the birth of our son in May, he entered the world in dramatic fashion and it was scary for a bit. We also unexpectedly lost Q’s stepfather in the beginning of December.

Posted in All About Me, Uncategorized

One thought on “What a Decade!”