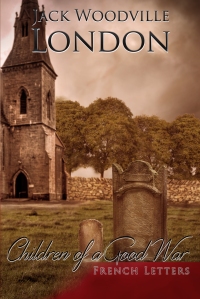 Synopsis: Four decades after World War II, 1986 is a year of terrorist hijackings, of personal computers and CD players, of AIDS and Miami Vice. It also is a year in which a beloved doctor falls to his death, a Pan Am pilot is shot while trying to foil the takeover of Pan Am flight 73, and when four bitter French widows use their medicines as bets to play poker in their retirement home while a lonely nun observes her vows of silence in an Irish convent. And it is the year when a cache of faded letters is discovered in a cellar, causing Frank Hastings to realize that he is not who he believed he is, and to go in search of his mother.

This likely would have been a higher review for me but with life and work happenings ( including being at an exhausting work conference for 3 days), it took me longer than usual to read. I had a few days in between readings so found myself having to go back and remind myself what was going on- this isn’t a critique of the author, his writing, or the book, but more about where my brain was at for the past couple weeks.

The French Letter series is a new one to me, as is this author, but I agreed to review the book because of my interest in World War II.  Children of a Good War is the third book in the series, but I didn’t feel like I missed anything or was confused by characters, plot lines, etc. by not having read the previous two books ( though I did add them to my to-read list).

Without giving up too much of the plot, the story centers around Frank Hastings, a writer who is estranged from his brother Peter, a pilot. The two brothers come together after the death of their father (the doctor), and it is revealed that Frank’s mother is not the same as Peter’s. Letters from World War II are found and the mystery surrounding Frank’s mother, and his father’s time in France during the war are made known. There are other revelations about Peter too, and again without giving a lot away, both of the brothers are changed by what they learn of their parents and how they view themselves and their relationship with each other.

Part of the 3.5 stars for me aside from the time it took me to read was that there were a lot of different characters to keep track of, which didn’t help with my slow reading. The author is definitely creating a distinct and clear ‘universe’ in both the modern and historic timelines– it’s clear a lot of research and time went into crafting the novel with its details, subplots, and development. Some of the background helps inform the main narrative, but there were a few that left me feeling a bit clueless like I’d missed something. That being said, I appreciate novels where you can see the personal development, realizations, and self-discovery of a fictional character, so this book gets good marks for that.

I was provided an advanced copy of the book in exchange for my honest review. All opinions are my own.