On My Soapbox: Vote!

November is going to busy with work happenings and rethinking how I’m using the blog, but need to take a moment to get on my soapbox.

I don’t care what you believe, who you support, or who you vote for, just go and vote. You don’t get to complain as much about what happens if you don’t vote (only half kidding). 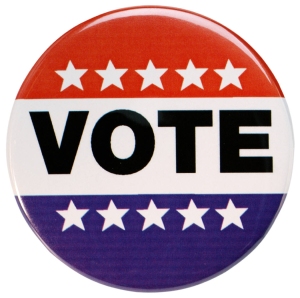 Little Man literally fist pumped the air exclaiming “Yes!” when Q and I told him we were going to early vote as a family last Saturday. Even an 8 year old realizes how important it is to exercise your right to have an opinion on who represents us in the government.

Also, whether you like her or not, or plan to vote for her or not, it’s amazing that we FINALLY have a woman nominated as a major political party final candidate for president.

And if you think that’s not a big deal either, I dare you to not be moved by some of the stories of these women on the site iwaited96years.com

Katherine might be my favorite ( and looks AMAZING for 102).

One thought on “On My Soapbox: Vote!”