I’m thankful for having a brother! 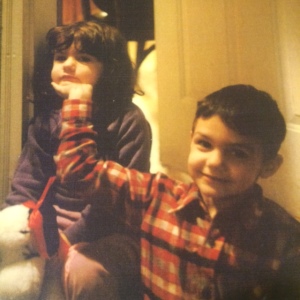 David is my first friend, no matter the trouble we caused together or because of the other.

He is just shy of 2 years older than me, but I was the bossy little sister who acted like I was older and walked in to take the remote control from him when we watched TV after school.

He’s an amazing artist and creative person with a great imagination and spirit for adventure. He can put together a piece of Ikea furniture in no time, install a ceiling fan, and win any trivia match involving Disney, comic books, or superheroes.

No matter how we’ve argued or how different we can be on some things, we share the same values of family being important. He’s a kind, compassionate, funny, and all around great human being. Like our Dad, he would drop what he’s doing and help you out in any situation without asking for anything in return. He’s pretty fantastic and I don’t thank him enough.

For many years, we were the same height, but now he towers almost a foot and half over than me!